It was nice to wake up to a beautiful crisp morning with the sun shining and a clear blue sky. I guess that it was inevitable that we would end up down west again looking at the gulls in Mount's Bay!

With my 70-300mm lens currently at Nikon for repair, I decided to take my 10-24mm lens out today. We spent most of the day at Marazion beach where hundreds of gulls were feeding in the surf. I decided to leave John to the gulls and took some photographs of St Michael's Mount. The picture below was taken in the morning. 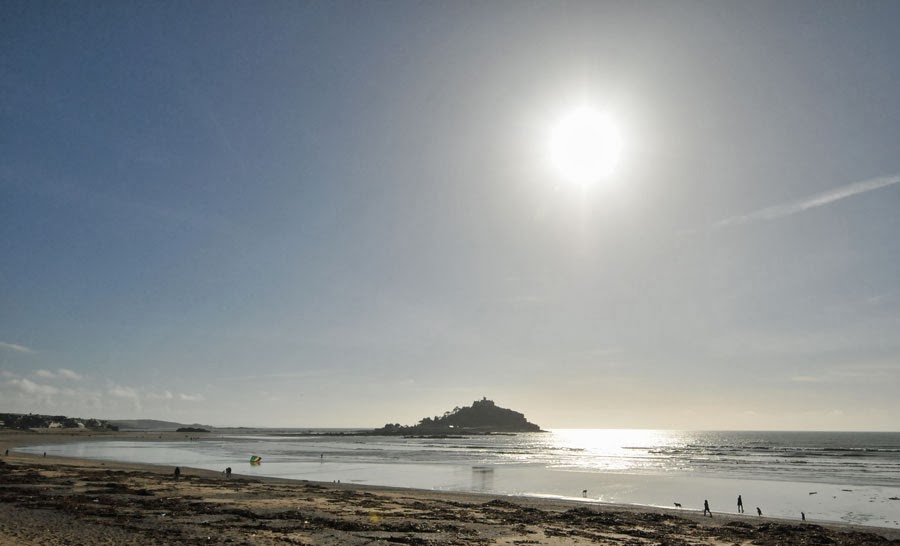