Insects on the Lizard

Today was spent on the Lizard with a trip to Windmill Farm and Bray's Cot pool.

First was Windmill Farm with the star of the show being a Hobby which we watched catching dragonflies. It would hold the dragonfly in its talons and then nip the wings off before eating the body.

There were several dragonfly species on the wing over the various pools on the reserve. We were very lucky to see at least four Red-veined Darters, looking a little worn, accompanied by Emperors, Black-tailed Skimmers, Common Darters and a pair of Broad-bodied Chasers.

Lastly we visited Bray's Cot pool near Goonhilly. It was raining when we arrived and all the insects had hidden away! As the sun came out a few damselflies started to fly including Blue-tailed Damsefly. We also saw another Hobby fly over the pool.

Our last bug of the day was this rather ugly looking fly! We think that it is Tachina grossa, which is a parasitic fly which predates on caterpillars and other insects. 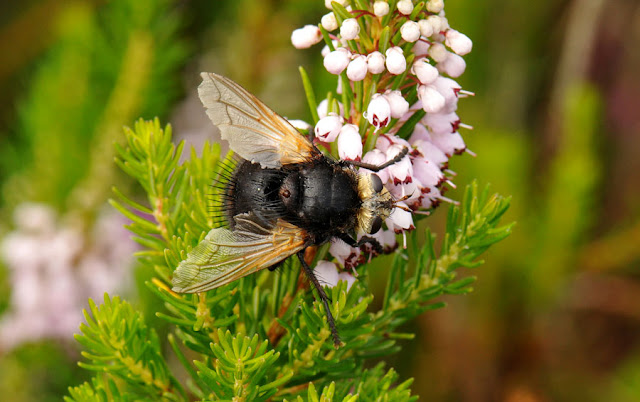